This project has come a long way already, but finally the time is coming for it’s release (Probably around April 15) ..

There are two models available: DCRS (90-92 fwd) and RML (93-95 fwd), with team skins, covering the entire career of this model in JTCC and BTCC for numerous factory teams and privateers.

Since my very first toughs about making this car, my goal was to replicate the cars used by HKS team in Japanese touring car races, from 1993 to 1995. The HKS Cavalier was a brilliant car, and fairly exclusive due it’s remarkable HKS colours and one of a kind presence in JTCC grids, but the car was barely the same built in Britain by Ray Mallock for BTCC teams… with some in house modifications by HKS.

They are coming with numerous improvements in 3D Models, Textures and Physics, with the unique possibility to replace the wheels by using specific skin files (BBS and Dymag in the 90′ model, OZ and Dymag for the 93′ model). This feature can be checked in this quick video I released yesterday: 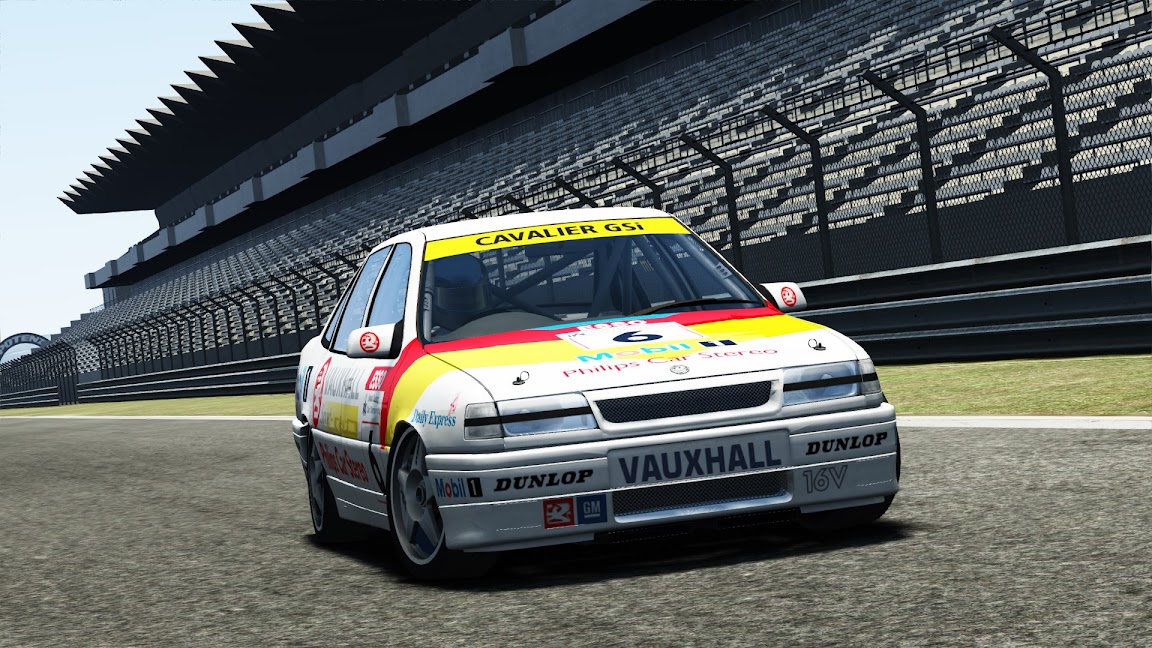 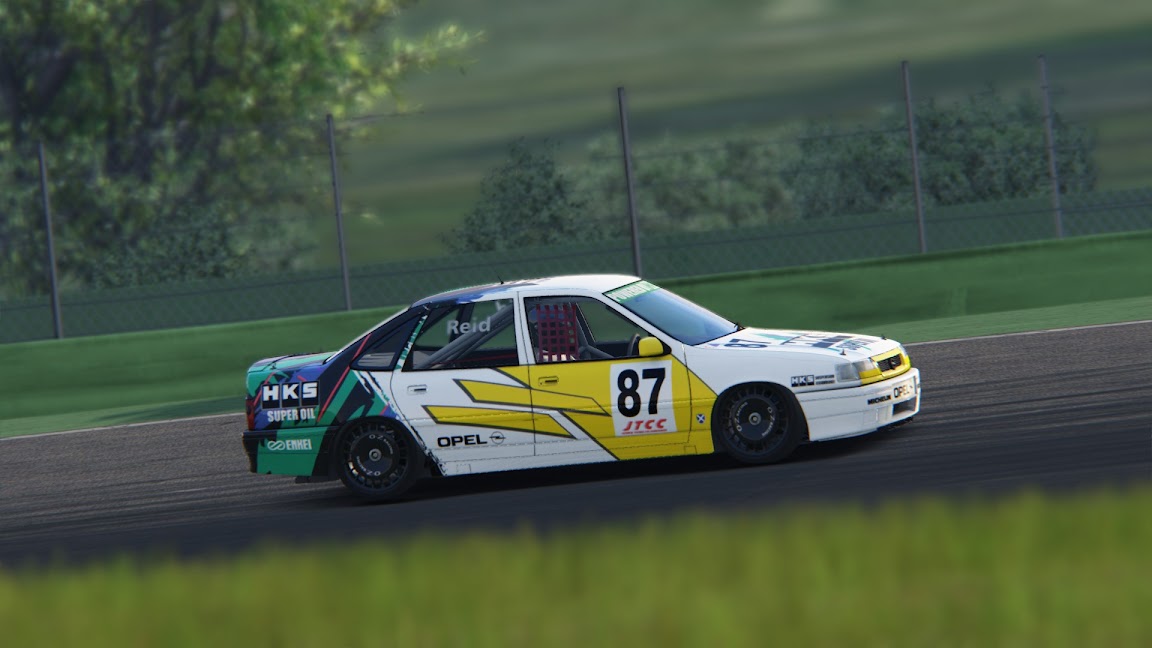 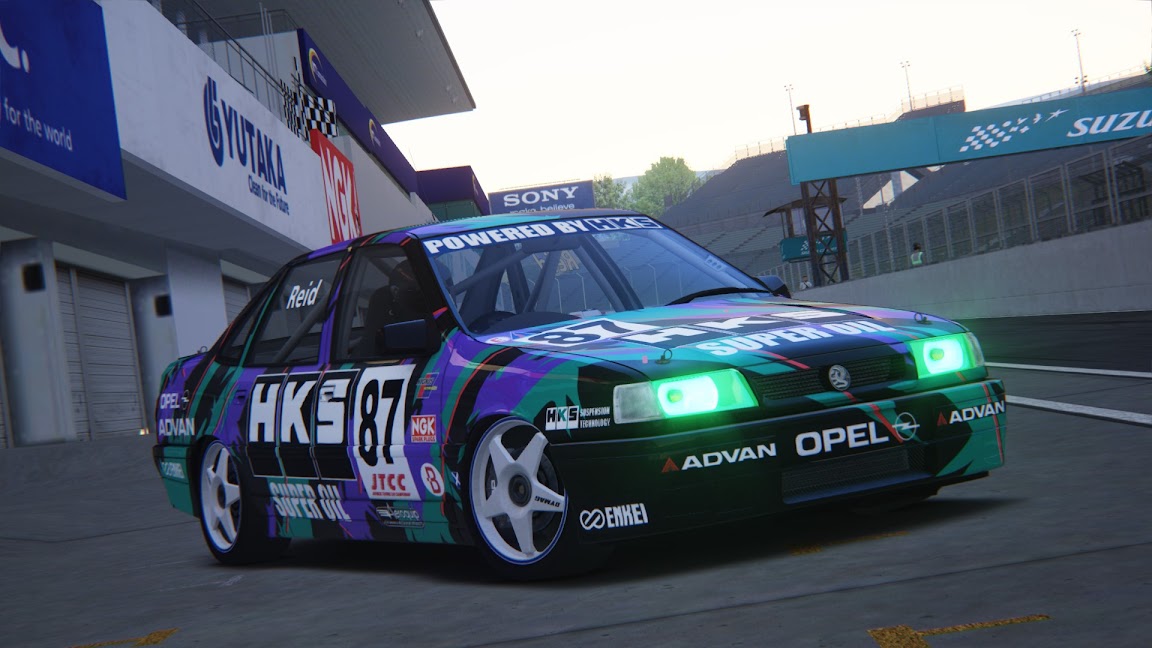 I’m working to finish the first update for our Brno circuit, the new road textures are coming together nicely. I still need to make a few corrections and more road markings, new skids and a few more improvements to the physics mesh, but should be ready to pack until the end of the week.

Future updates will include new vegetation and minor textures improvements.. I let you know when I start working on it.

Hi there! Was about time to give you some feedback about what was going around here … I started writing this post on April 1st, but I thought that was better to wait until this monday to post .. No Aprils joke here in my Blog, this is serious stuff! haha

“Why the blog hasn’t been updated for the last semester?”

Well, for those who follow my work in AC’s official community, they already knows that I had to reduce the amount of hours I work in my projects around the week. So they also know that I never stopped. This was because I was working under contract with a graphical company near my city, and the time I had before was completely taken by it. I went from 7 days / Week working in 3Ds for last than 2 days and just a few hours / Week. Following this rhythm, I was only able to release the first public version of my DCRS BTCC Cavalier in January this year (At RaceDepartment), and also I went deep into my Fuji Speedway project for the past months, who now is at least showing some of it’s definitive shape.

This week my contract with this company ends, and I’ll get back to work for my personal clients and my free time will be directed only to study and modelling, for now… so you can expect some content and further projects coming from Malagoli Garage anywhere in a few days.

I’ll make some changes around here soon, trying to get everything organized for what is coming next.

Thanks for all the friends who supported me for this time.. and thanks for all of you who still waiting for something new to leave this cave, haha.. See you guys!

Follow and Rate this project on the official forums!
http://www.assettocorsa.net/forum/index.php?threads/vauxhall-mk3-cavalier-touring-car.23028

This month I’m leaving you a few days… everyone deserves some vacations I guess! … So, probably around Apr, 10, i’ll be away for something like two weeks, and meanwile i’ll not be able to update the blog or bring new mods.

Since I had decided to travel a little bit, for the past few days and nights I’ve been working on something really special for me, and I belive everyone will enjoy the final product: 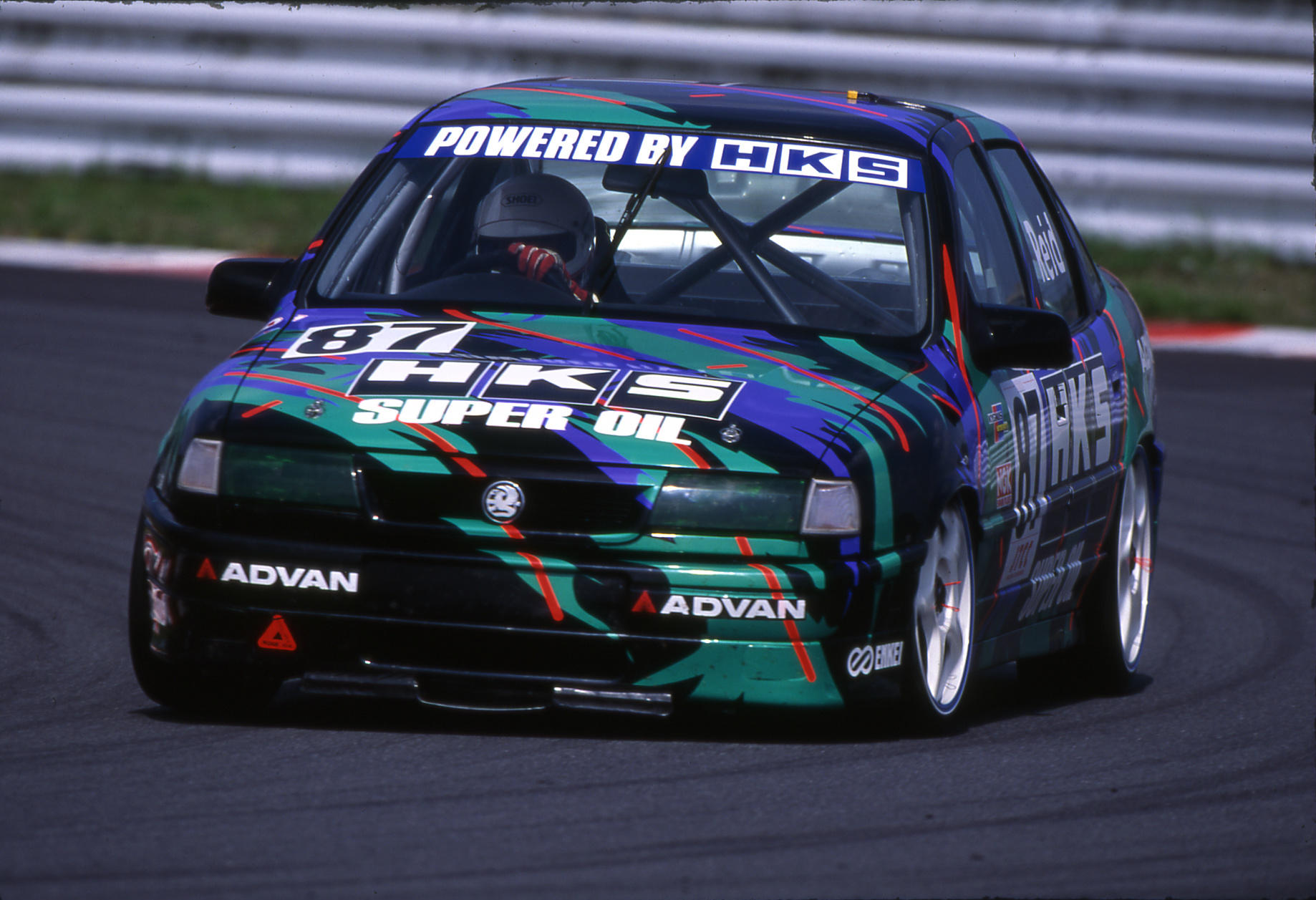 As you probably could notice by my model Ascona C (Chevrolet Monza), I am a great GM fan. Not because GM cars are tremendle, but just because I live in a country that we can’t afford to have import cars or sports cars, because they are way too expensive to buy and to run, and there are many taxes that we pay when trying to import some cool and cheap sports car from Asia (for exemple) that make it even expensive and almost impossible to buy.

Because of this, people around here has a great passion for old and simple cars from the 90’s. I have already many models from that age, because there are great cars for a nice price tag, and you get a lot for your money when know how to choose the right car that is in great running condition.

My actual vehicle is an 95′ Chevrolet Vectra A, that was build in Brazil from 1993 to 1996 by a process we call “CKD” > All the parts ware imported from Europe and the car was assembled here, in São Paulo.

I always liked saloon cars, and this model wasn’t exception. In 2012 I found one in excelent conditions for a great price, fully equiped and running smothly, I took it without thinking twice – My previous car was a Opel Corsa 1999! .. Didn’t had a chance against the old Vectra haha.

So, because all of this…… some time ago I was thinking about make it on 3Ds Max, and bring a little from the history of this model to Assetto Corsa, starting from the top of the sports line: The Vectra 4×4 Turbo. Here are some specs from this model, that shares a lot with the Opel Calibra:

The Touring Version was equiped with the C20XE engine (NA) and a 5 speed Sequential X-Trac gearbox, and its worldwide knwoed for being one of the most successfull touring cars back in the day.

Well, enought of chating.. let me show you the progress with this model: 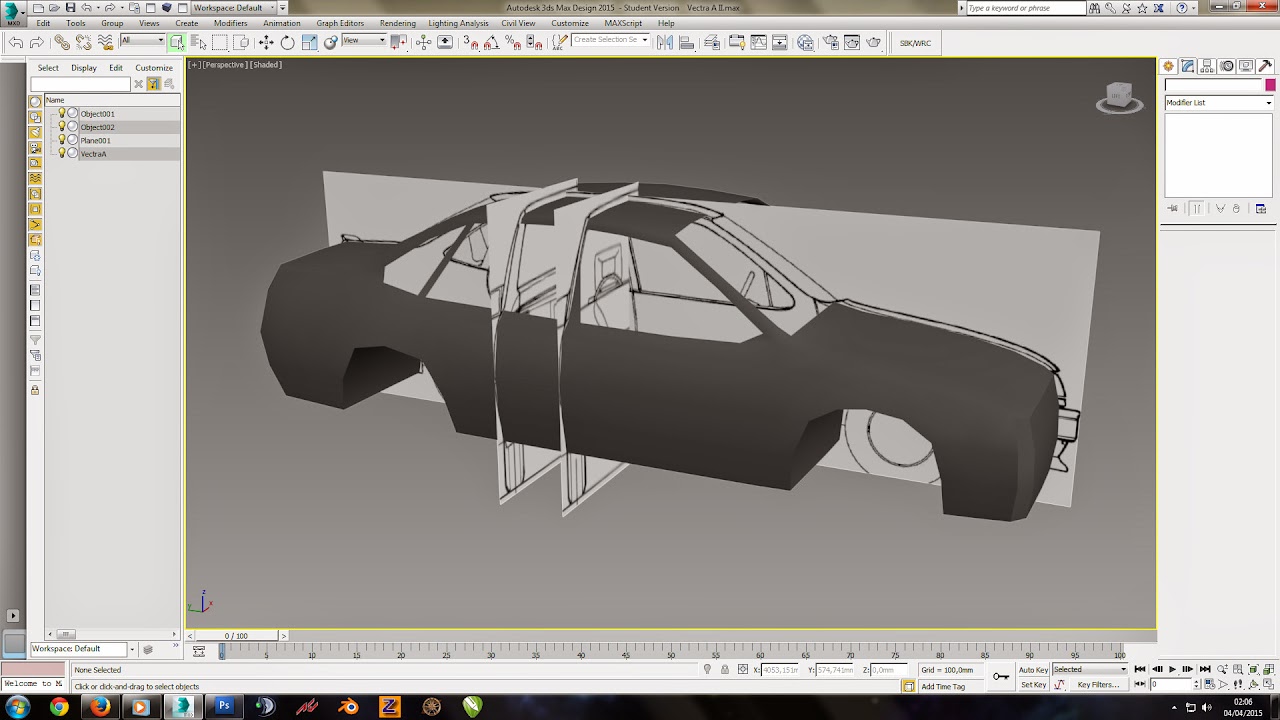 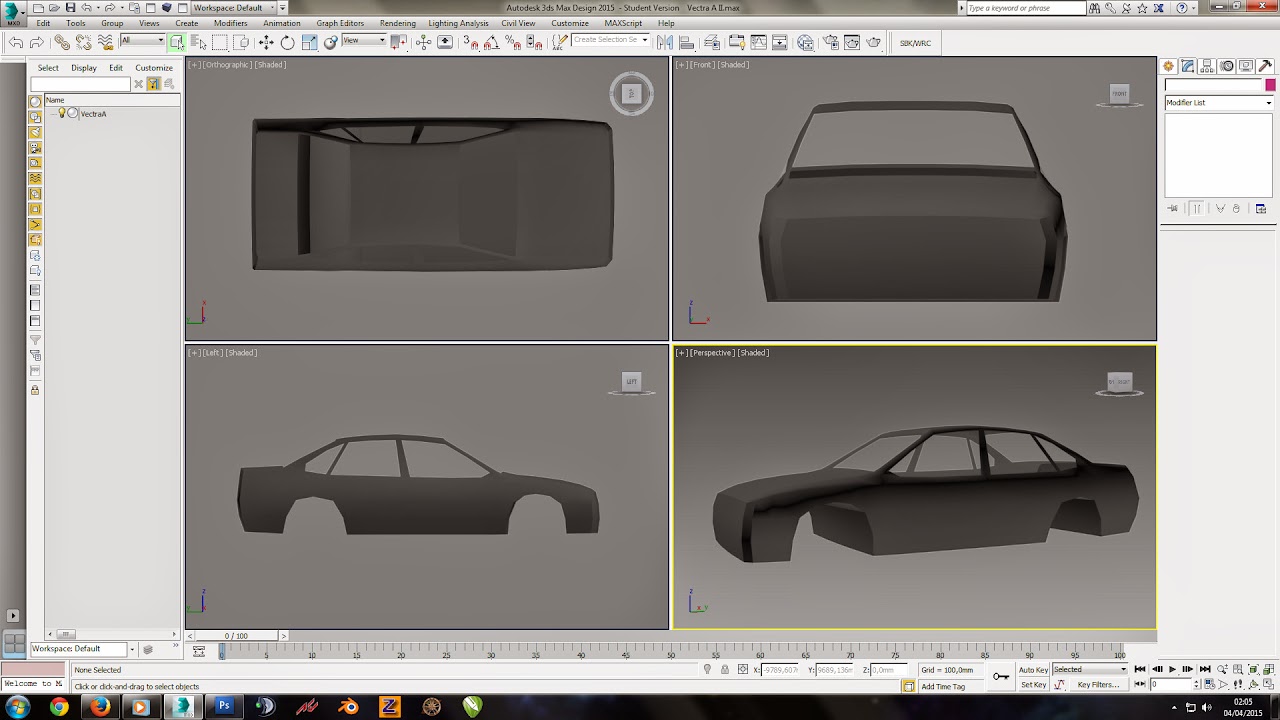 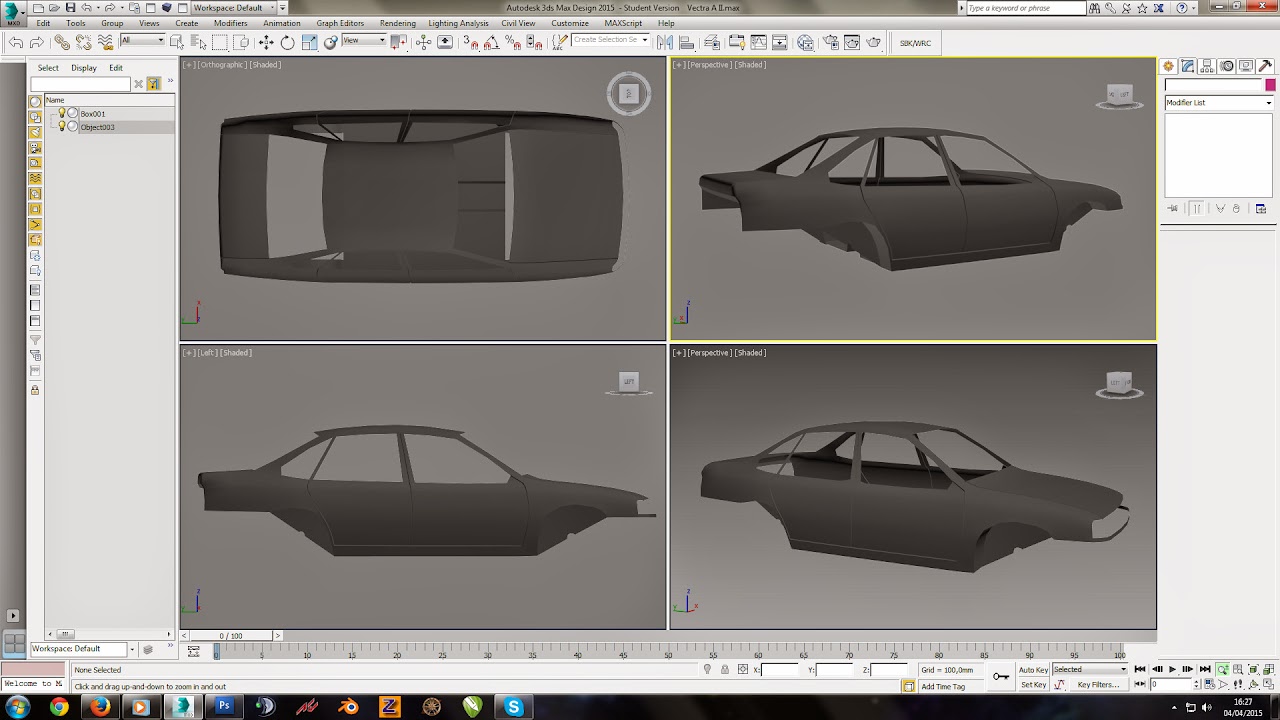 After some detailing and a few more parts: 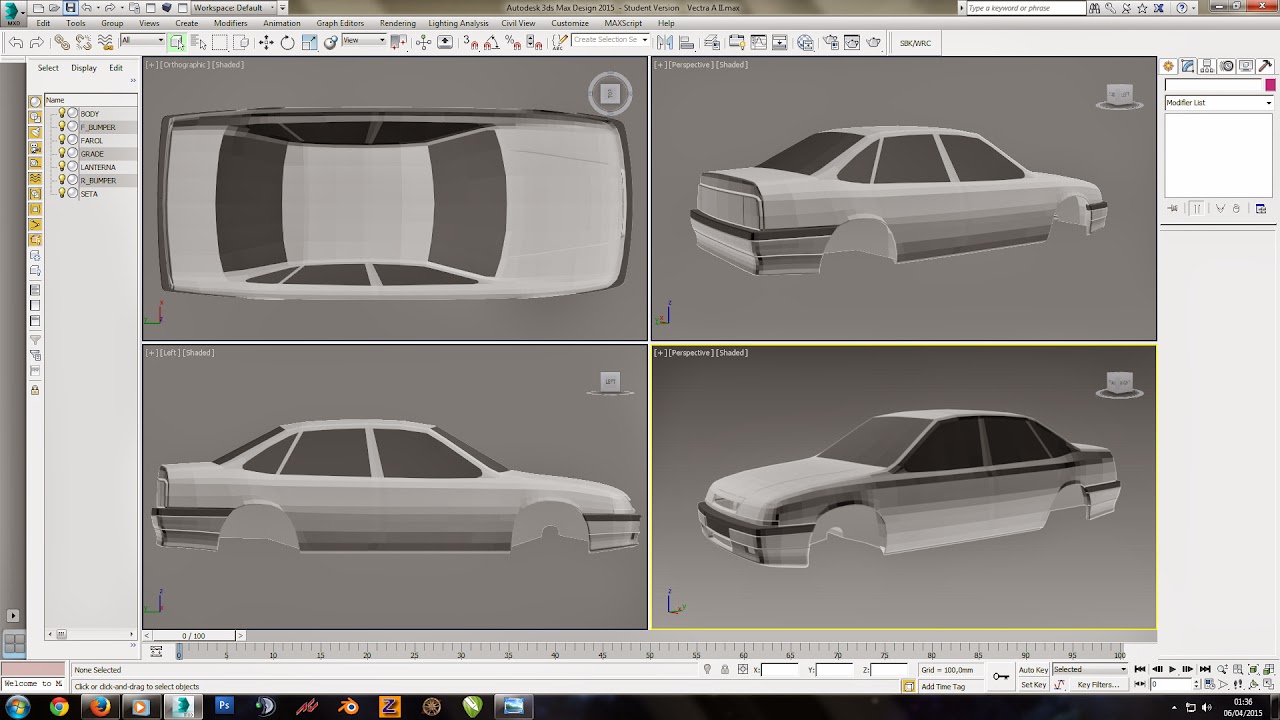 And with all the basic parts needed for the Turbo version already in place: 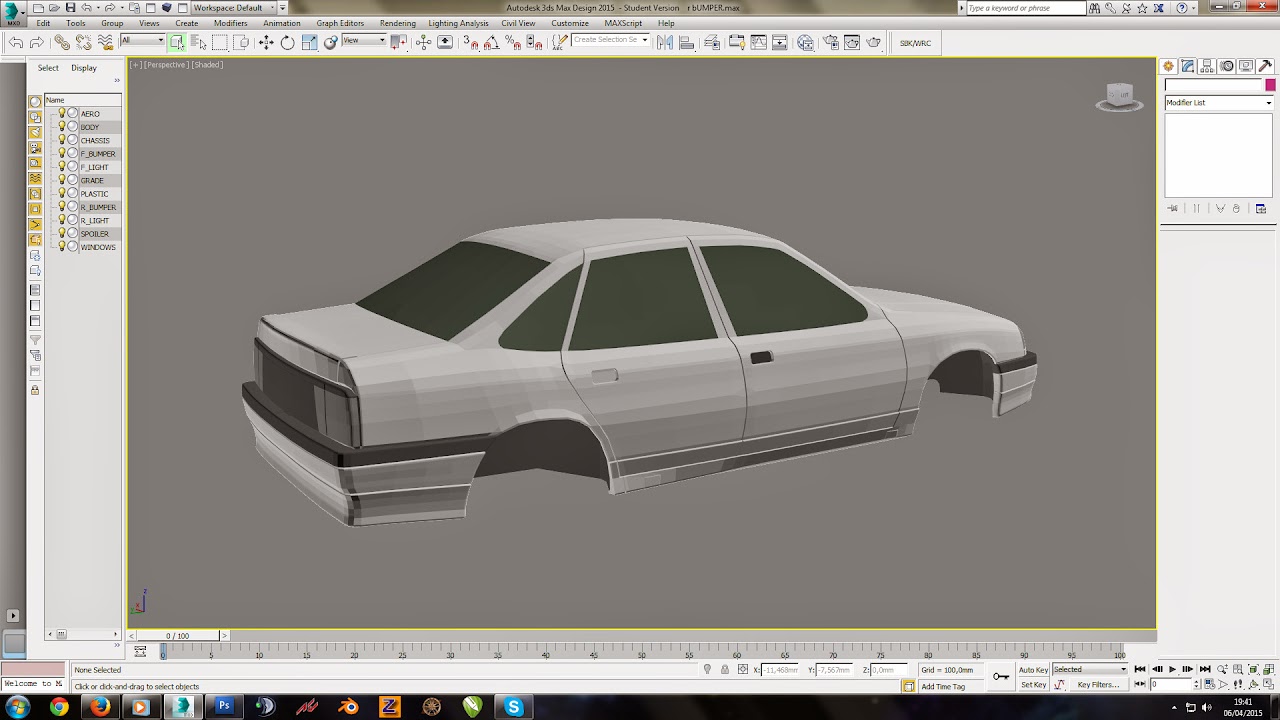 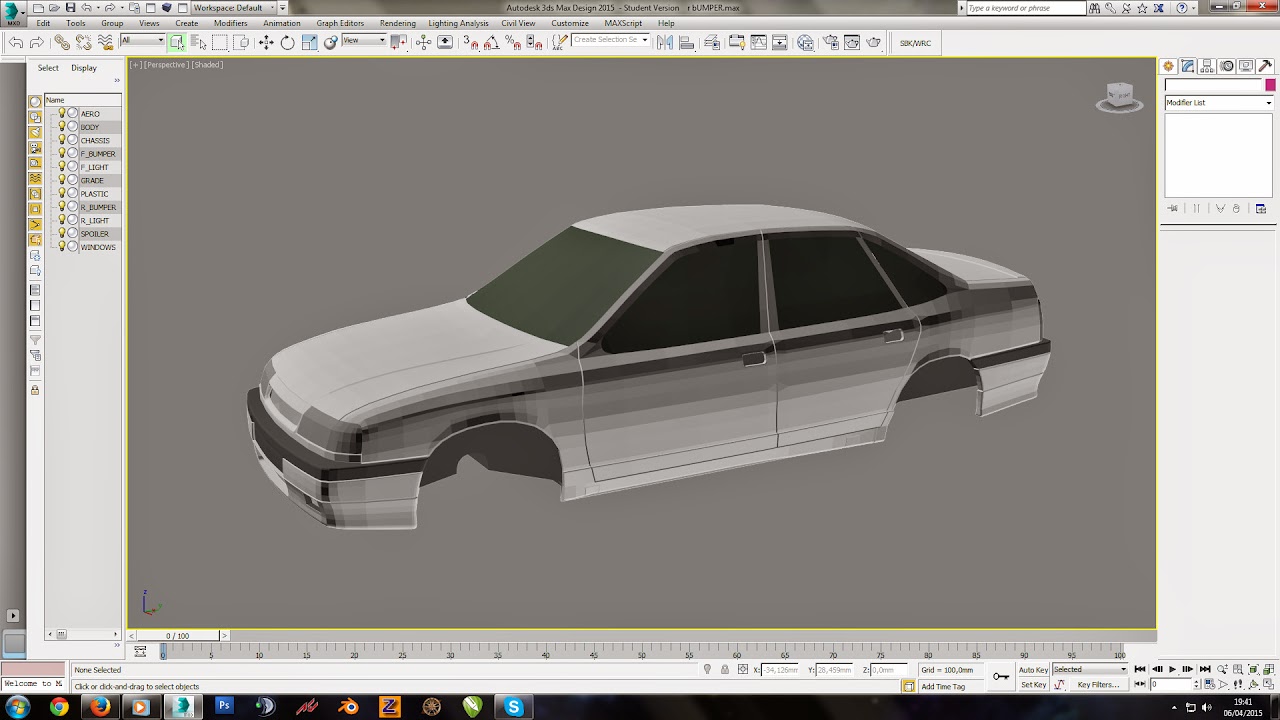 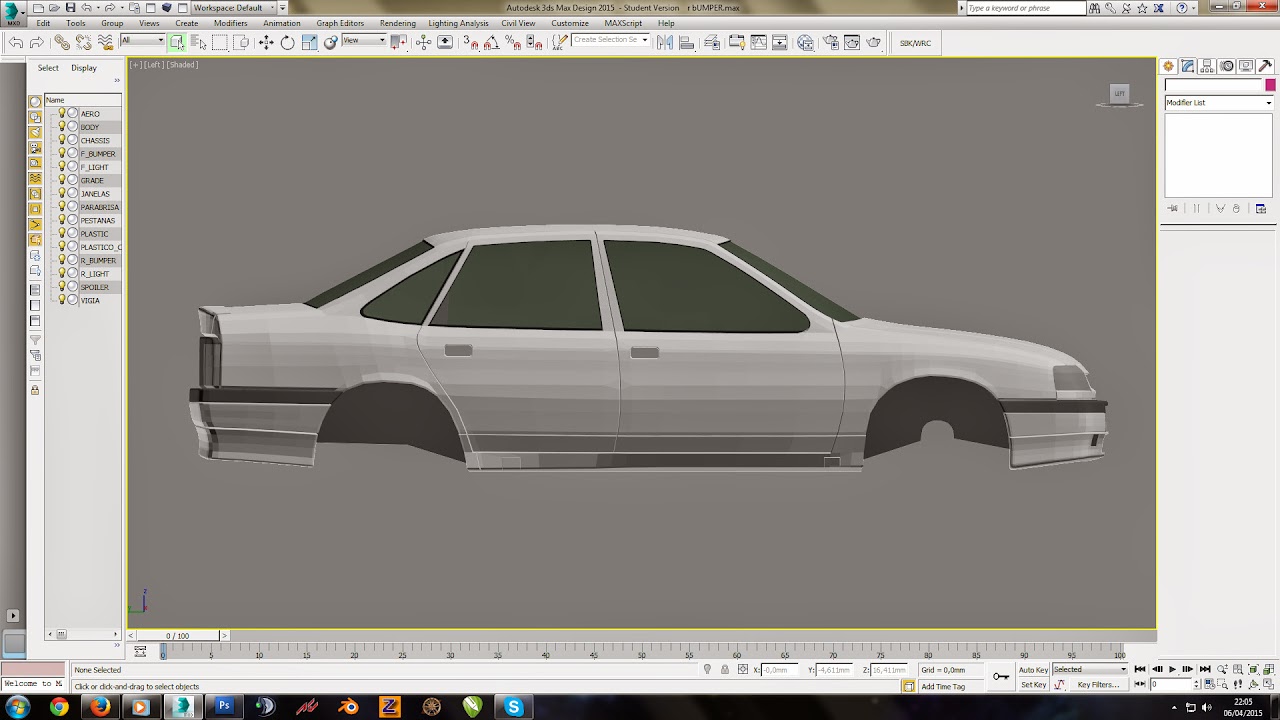 This is the actual stage of the project, and the progress was amazing for the past 3 days… I can’t wait too see how this will fits on the game.

Hope you like it, thank you guys… see you soon!
😉

I’m working to update all my car mods to Assetto 1.1 version. Soon they will be back to work again.
My new screen didn’t arrived until now, so it is a little complicated here, but I’ll try to fix them as soon as I can 😛

I would like to inform that all my links are now ‘sponsored’ by AdFly. In advance, I apologise for the incovenience of making you wait 5 seconds before your download starts, and also to warn you to don’t click in anything suspicious or that require some type of login in AdFly sponsored screen, for your own safety. I’m telling this because the site probably don’t filter their own content, and to avoid any complications, we must take some precautions.

Ad.Fly, by my calculations, it will maybe be enough to pay for the WordPress premium structure… Will be good for all of us 🙂

Thank you for your comprehension,
Malagoli

Both cars has an extreme level of details, and soon will be two of the best mods for AC, for certain!

For now, I have managed to export theyr models to AC Showroom. This was the first step to make them work on track. Many textures are being reworked and simplified to match the game capabilities.. but the visual is getting real close to the original models in the game.

I’m working really hard to make them work with all Assetto Corsa features, and soon they will be ready for track testing.

My special thanks to the people who make this possible for us. The team has all my respect for both master pieces and theyr trully hard work above this models:

And here, a quick play from WordPress about the blog stats … haha:

The Louvre Museum has 8.5 million visitors per year. This blog was viewed about 160,000 times in 2014. If it were an exhibit at the Louvre Museum, it would take about 7 days for that many people to see it. 😛